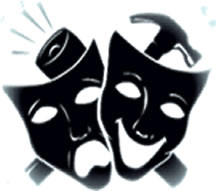 Pronunciation: 'thee-uh-ter 'la-kE
Function: noun
1 : someone who does any number of tasks for a theater,
generally for little or no pay.

From the booth during tech rehearsal for "12 Dancing Princesses."

SOUVENIR at Montgomery Theater! (Sept 3 through 21)

Review: ‘A Thousand Clowns’ will have you laughing at Montgomery Theater in Souderton

Another good review for "A Thousand Clowns" at Montgomery Theater! I've included the full text of the review below. This review was original posted at tickettoentertainment.com.

When Herb Gardner wrote “A Thousand Clowns” in 1962, our pop-culture encyclopedias did not yet include the entry on the “man-child.” Yet the hero of Gardner’s play, Murray Burns (Will Dennis), is certainly one of the forerunners to the commitment phobic, playful but immature protagonists seen in modern-day films by people like Adam Sandler and Judd Apatow. Going back to the prototypical comedic man-child, it’s not hard to see why the character type has held continuing appeal for audiences and writers alike.
The story starts five months after Murray quits his job as a television writer for Chuckles the Chipmunk. Since becoming unemployed, Murray has preferred to spend his time setting up practical jokes with the weather service and playing hooky with his 12-year-old adopted nephew, Nick (Xander Dake), than to look for work. But when Murray’s easygoing bachelor lifestyle lands Nick in trouble with the school, social workers threaten to take Nick to a foster home unless Murray can show that he is fit to be a guardian.

Montgomery Theater’s wonderfully-acted current production of Gardner’s play is very funny, with thematic complexity to boot. Will Dennis captures Murray’s coolness and sly sense of humor. He makes it so easy for us to root for Murray, even when Murray is being a jerk. He’s just too clever to dislike. We admire him for disrupting a dull, complacent society. But we also want to admonish him when he refuses to understand the material risk facing him. We laugh when he yells into the alley behind his apartment, but we worry that perhaps by yelling he will turn from ironic comedian to lonely deadbeat. Dennis plays this tension so that it emerges naturally, never allowing Murray’s fatal flaw to turn him into the clichéd sad clown.

The supporting cast is also delightfully maladjusted. Jessica Bedford plays Sandra, a psychologist and social worker who has spent almost a decade in school only to find out she becomes too attached to patients once she is on the job. Bedford’s wonderfully energetic marathon crying makes a character who could have been defined by her hysterics into one who is simply hysterical. And Tony Braithwaite, who also directs, is absolutely brilliant as Leo, the manic television host of Chuckles the Chipmunk. In a single breath he goes from charismatic and larger than life to nervous, neurotic, and self-effacing. It’s truly as if an old TV personality has stepped onto the stage right out of 1962. Murray’s brother Arnold, played by Howie Brown, is perhaps the most grounded character in the show. Brown plays the straight man, holding his own as an admirable albeit straight-laced character against the zanier personalities surrounding him.

There are so many great little one-liners, befitting of a show about a scriptwriter and penned by a former cartoonist. Though some of the story deals with material that was controversial when the play was written (unwed mothers, casual sex), other plot elements now feel unmistakably 60s (the satirical take on social workers feels out of this time). There’s also the occasional proselyting monologue, an apparent requirement for comedies that dip their toe into drama.

But what makes “A Thousand Clowns” stand out from similar plays is that in all the various arguments and rebukes, Gardner and Braithwaite offer no presumption that any of the characters necessarily have everything figured out. Murray poignantly describes life without humor as “one long dental appointment interrupted occasionally by something exciting, like waiting or falling asleep.” They are the words of an idealist. But they are also the words of a man-child—of someone who is afraid to take things seriously lest he compromise his sense of superiority. Is Murray selfish or simply too imaginative for his own good? Gardner doesn’t indicate that it necessarily has to be one or the other.

Whatever you believe about Murray’s behavior in the end, you might need to go home and brush your teeth just to recover from laughing; “A Thousand Clowns” is about as far from a dental exam as you can get.

Promo: Didn't Your Father Have This Talk with You?

"Didn't Your Father Have This Talk with You" by Tony Braithwaite returns to Act II for an encore presentation this summer! July 24-Aug 3.


Check out Wendy Rosenfield's review of Montgomery Theater's latest production: A Thousand Clowns (by Herb Gardner)! Full text of the review is below. You can go to the original post here (mobile.philly.com).


Herb Gardner's A Thousand Clowns is an odd choice for a revival. It's not particularly relevant, and its "work is for squares" credo held more weight back when the American Dream signified middle-class mass uniformity and there was enough of a middle class to include the masses. But, mostly due to its success as a 1965 film starring Jason Robards as Murray Burns, unemployed comic TV writer and default foster dad to nephew Nick, there's still an audience with a fondness for this sort-of romantic sort-of comedy.

Will Dennis' Murray leans closer to Richard Dreyfuss than Robards, but it's a sympathetic portrayal, and his small stature and vulnerability soften some of his more vitriolic speeches. Director Tony Braithwaite - who also indulges a gangbusters turn as plaid-suited Leo Herman, Murray's erstwhile employer and host of a children's show in which Leo appears as an unappealing, unfunny chipmunk - keeps a tight rein on the cast, so that even the silliest scenes remain crisp.

However, Xander Dake's Nick Burns, a no-nonsense 12-year-old caught between the childish uncle he adores and the authority figures that uncle abhors, embodies what's at stake here, and does so without relying on any of the cutesy tics so common to child actors, not even when he's singing a "Yes Sir, That's My Baby" duet with Murray. He's the child-man to Murray's man-child, less carefree and clearer-headed than everyone else, with a matter-of-fact tone that stresses gravity rather than condescension.

Watching Gardner's time capsule, it's hard not to feel sentimental about the days when a guy without a job could still rent an apartment, raise a kid, and send him to a good Manhattan school. And when Murray makes a daily call to the weather recording on his rotary phone, I, for one, immediately remembered Philly's WE6-1212, a number I haven't thought of for at least 30 years (spoiler: it's no longer in service). There's a comfort in this nostalgia, and while that's not the reason I go to the theater, sometimes small surprises like these make the journey backward worthwhile.

Sharing for my theater peeps: Audition for Snyder v. Phelps … THE MUSICAL!


My friend, the amazing Shelli Pentimall Bookler, has a new play coming out and you could get a part in it. Information is below (info below the line is borrowed from underbitetheatre.com strictly for helping to promote the show). 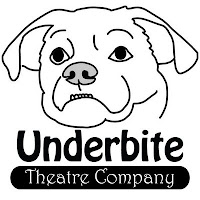